A new social enterprise for fashion which offers a thoughtful new way to design, make and use locally-produced fashion. 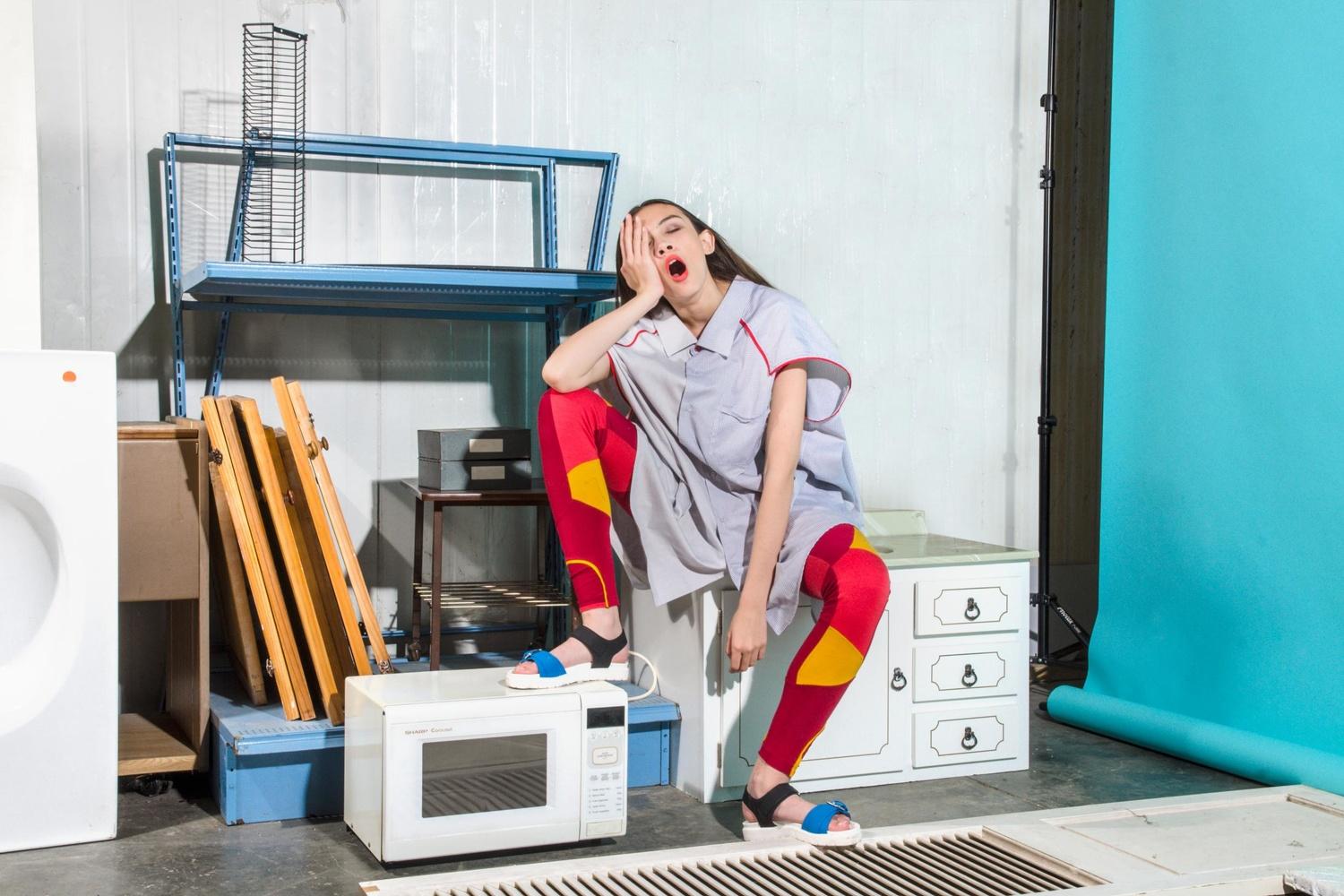 Space Between was developed by Massey University's School of Design, New Zealand. It acts a platform for social innovation and enterprise and offers new green business models for fashion design. Our goals are to address sustainability issues such as resource depletion, consumption and production.

During Space Between's time at Massey it connected university research and external partners to create design-led solutions. Space Between served as a bridging mechanism for students pre and post graduation to address issues of waste in industry while developing their entrepreneurial capability. Now in its second iteration, Space Between's focus is to apply and expand upon the research and techniques learnt through earlier projects, working with a wider range of fashion collaborators.

Space Between has been created to reframe consumerism for a new form of green fashion entrepreneurialism as a way of achieving and sustaining environmental and social goals.

We offer designers/researchers pre and post graduation to test, experiment, investigate and experiment to transform their thinking and equip them with the skills and confidence to respond to the challenges of industry.

To challenge our assumptions and the boundaries of the current fashion system to affect positive change.

We want to create a vibrant, flourishing fashion ecosystem that enables its physical human, social, intellectual capital to thrive.

Fashion for true innovation, not just the illusion of 'innovation' operating only on a stylistic level.

To create goods and services that embody our values and ethics.

Space Between sets out to create as Otto Von Busch (2012) describes as ‘new ecologies of work’ which are horizontal and create communities rather than vertical and top down enabling graduates to create jobs for themselves on their own terms.

Developing human and social capital (Fuad Luke 2009, 7) is central to Space Between as the team has worked in collaboration with the manufacturers Earthlink to engender trust, generate reciprocity and to develop good practices across the supply chain.

By engaging in a form of design-led fashion activism we can encourage a shift in industry practices whilst setting up new opportunities for designers, producers and new participants.

Advocating for a system that offers more than just one speed, i.e fast. 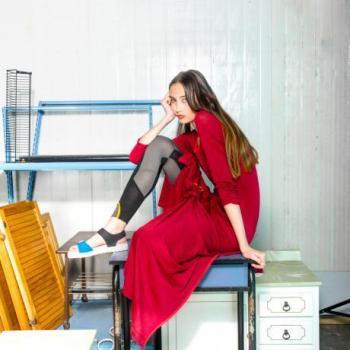 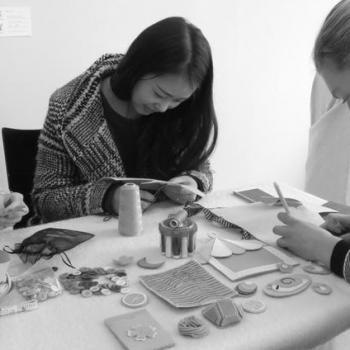 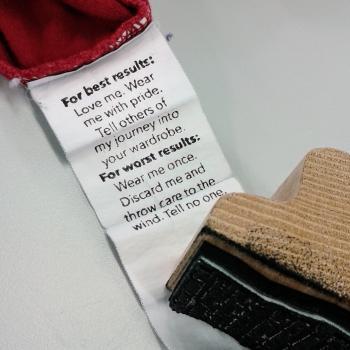 Space Between officially launched in 2015 but the research journey for this initiative began much earlier in 2009. Fashion researchers Holly McQuillan and Jennifer Whitty were engaged in multiple projects relating to design challenges that would later become Space Between's core focus.

Wanting a digital and physical ‘home’ to consolidate their efforts, allow them to scale their ideas, and expand the team of collaborators... Space Between was created.

Researchers McQuillan and Whitty were contacted by NZ Post to develop a solution to their post consumer corporate uniform waste – approx. 9,000 uniforms every year in workable condition were being downcycled or exported to be disposed of. A pilot solution ‘Postmodern Collection’ (2012-2013) was created through upcycling (remanufacture) process including conjoining, splicing and pieced techniques. This research was a catalyst for much of Space Between’s later endeavours including the Fundamentals Range.

McQuillan and Whitty's work on the Postmodern Collection / NZ Post uniform pilot was exhibited at Auckland University of Technology's event Shapeshifting: A Conference of Transformative Paradigms of Fashion and Textile Design. The conferenced explored shapeshifting as a process of change and responsive agency in relation to "cultures of transformation, navigations of the social and technological and the transversal hacker who unpicks and revises in order to contest what is current and deliver our future".

Space Between received funding in 2014 from Massey University's Vice Chancellor's Strategic Innovation Entrepreneurial Partnership Platform. The collaborative relationship and funding was key to the development of Space Between's team, physical and online infrastructure, as well as the overheads and external costs.

The Fundamentals range was created as a way of designing out textile waste and design in 'closed loop' solutions. The garments were made by upcycling uniforms otherwise destined to become textile waste. The range utilised three remanufacturing techniques Space Between had developed during researching this project and the pieces were available for purchase through our online shop.

Space Between was selected as a finalist in the Mega Efficiency Innovation category. These annual awards recognise and celebrate success in sustainability in New Zealand.

In the lead up to Space Between's official launch a flash mob was organised at Wellington's Midland Park as a part of Fashion Revolution Day, April 16. Space Between hosted an event on the 24th as part of Fashion Revolution with a panel discussion at Massey Wellington and a free screening of the documentary Traceable which looks at the growing disconnect between where and how clothing is made and its consumers. Massey & Space Between also participated in the #whomademyclothes campaign which challenged people to consider the origins of their wardrobe.

Space Between co-founder Jennifer Whitty's research on social innovation for fashion was presented at the UnMaking Waste 2015 conference in Adelaide. This research looked at design-led activism and used Space Between as an example of new design models and social enterprise.

Eight videos were created to raise an awareness of sustainable fashion to an audience of potential collaborators, buyers and corporate partners. The video introduces its viewers to Space Between and concepts like garment production cycles and close loop systems.

A fashion event was held at NZ Post House featuring the garments from the Space Between Fundamentals range. The range showcased the collaborative solution for up-cycling NZ Post's old corporate uniforms developed by Space Between at Massey University's College of Creative Arts and Earthlink Apparel. After the fashion show the garments were exhibited for a month at NZ Post House.

Space Between's work and research was included in a symposium hosted by DesignCo. on the New Zealand Design DNA project. This two-day symposium sought to demonstrate, across a wide range of disciplinary approaches and perspectives, the fundamental and distinctive characteristics and qualities of New Zealand Design. It featured the work of six leading university-based designers including Jennifer Whitty's work at Space Between, and speakers from a range of educational, corporate and governmental groups.

Twelve Massey designers travelled to China as part of Space Between. Operating as a summer school paper, the students were tasked with creating a 'fashion design activism' manifesto and paired with students from  X’ian Polytechnic University and The Shanghai Institute of Visual Arts.

The Space Between team participated in the Low Carbon Challenge, led by Enspiral and the Wellington City Council. This initiative focused on building a low carbon future and included seven weeks of workshops, mentoring sessions and a funding incentive for the winning pitch. Space Between was one of six startups selected to participate.

As a fluid ecology of designers we have worked with a number of research lecturers, student employees both pre and post graduation and collaborators, striving towards the shared goal of positive change in the fashion industry. 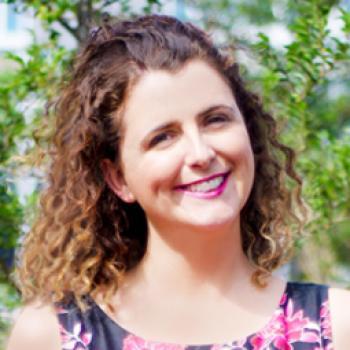 Jennifer Whitty is a sustainable design educator,researcher, designer, facilitator, writer and activist. Originally from Ireland, she went on to teach and practiceat Massey University’s School of Design in New Zealand asSenior Lecturer of Fashion Design. 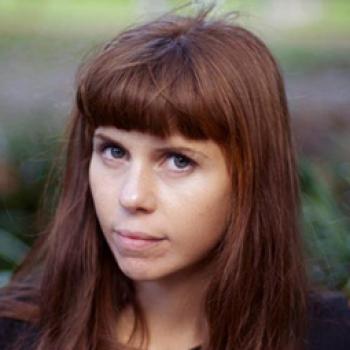 Holly McQuillan is a designer, maker, writer andfacilitator, who works primarily in the field of sustainabledesign practice. She worked as a Senior Lecturer at MasseyUniversity School of Design, teaching across all levels;undergraduate, post-graduate, as well as deliveringmaster-classes to the public. 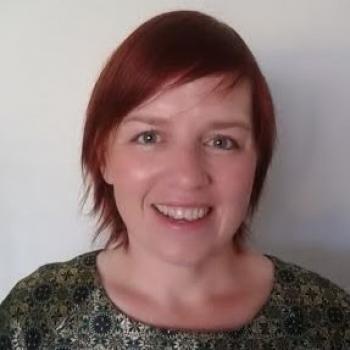 Trish has worked in the fashion industry for over 20 yearsin the areas of design, pattern-making, manufacturing andteaching.  Working and consulting for many reputable fashioncompanies in Ireland, UK and Australia. 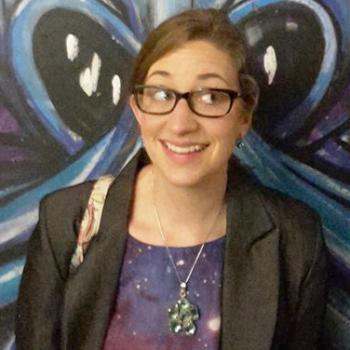 Larissa Banks is a recent design graduate with a passion forprint design, multimedia textiles and fabric manipulation. She has a unique style and finds excitement in everydayobjects and places, giving them new meaning through surfacedesign.

Booker Spalding, are a corporate uniform manufacturer based in Wellington. They produce around 10,000 garments for New Zealand Post every year. As part of this service, used uniforms can be returned to Booker Spalding to be disposed of if they are worn-out, or become obsolete after a redesign or a change in corporate branding.

Massey University is a bold and innovative university, regarded as the engine of the new New Zealand. Space Between is an outward facing platform for design education with strong links to industry, community, and the global economy.This project has been supported by the Vice Chancellor’s Strategic Innovation Fund for an Entrepreneurial Partnership Platform. 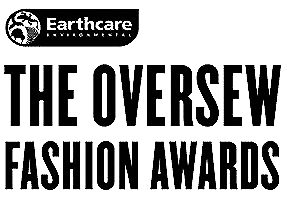 The purpose of The Oversew Fashion Awards is to promote upcycled fashion by recognising talented individuals and aspiring designers who recreate, revamp and redesign pre-loved clothing into desirable fashion garments. The Fashion Awards is a medium to showcase and celebrate New Zealand’s creativity and awareness of the importance of this fashion niche.

New Zealand’s largest, longest-standing sustainable business organisation, Sustainable Business Network enables system change in the areas of climate, waste and nature. Operating as a social enterprise, a community and a movement - their role is to transform leading ideas into action in Aotearoa. Their network consists of hundreds of progressive organisations and people that collectively invest in and act on system change. 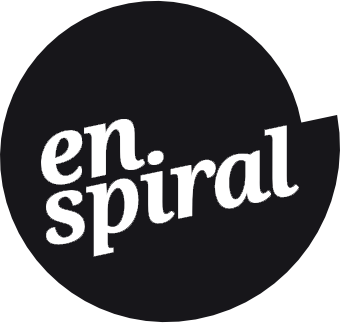 Enspiral is a collectives who believe in and practice new ways of organising. Their focus is helping people do what they love, with people they love, on the biggest issues of our time while getting paid well for it. Enspiral uses facilitated Co-budgeting, collaborative decision-making and transparent agreements to support a community with a shared vision and purpose.